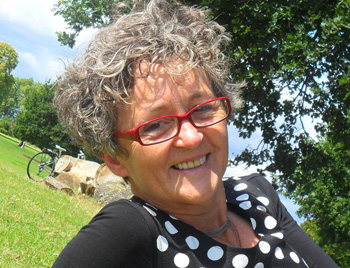 I was going through a particularly challenging time when I received my first rebirthing session.  The new sense of peace I found and the speed at which I was able to transform my situation had an incredibly profound effect on me.  I had to be a rebirther.

I first trained as a rebirther in 1989 with Diana Roberts. In 1990, I spent 6 months in America with Bob & Mallie Mandel and Sondra Ray. By 1992, I had completed  the highest level of international training available for any rebirther. I became a member of ‘‘The British Rebirth Society’, I am now its general secretary.

My journey has been inspired by “Know yourself and to yourself be true”. It has taken various shapes: from actor’s work (voice, clown, dancing, Commedia dell’Arte) and spiritual work.  I combine it in a performance style:'Singing The Moment'.

In 1994, I became a mediator with Lambeth Mediation Service.

In 1996, I experienced a spontaneous kundalini rise, see the article

Since 1998 I have been training in coaching and leadership, developing awareness and effectiveness in communication.

In 2004, I discovered Nichiren Daishonin's chanting buddhism, giving me greater compassion for myself and others.

In 2008 I trained as a performance coach for education success, with Youth at Risk and coached successfully in Beckhenham, Kent, and in 2013 in Lambeth..

I am now a salsa dancer see the article , bringing lightheartedness for myself and others.

Rebirthing has allowed me to discover my passion AND to live it: transforming and dancing with life .

I am from a village near St Malo in Brittany ( France ) and I have been living in England since 1981.